The Standing Committee on Language Education and Research (SCOLAR) has launched a new initiative of training secondary student tourism ambassadors to introduce local cultural and scenic spots to tourists in Putonghua, in an effort to combine tourism and Putonghua learning.

In the opening ceremony of the achievement exhibition for the Putonghua Training Programme for Student Tourism Ambassadors held today (7 May), Chairman of SCOLAR Mr Michael Tien said, "Language learning is closely related to language environment.  If we want to encourage students to speak more Putonghua, we have to create a real or simulated environment for them to express themselves in Putonghua"

"The training programme provides such an environment by requiring students to put up an exhibition at one of Hong Kong's most popular tourist spots, the Avenue of Stars in Tsim Sha Tsui.  It is a good chance for our students to practise Putonghua as they introduce the exhibits to the many tourists there," he said.

Two hundred and eighty students from about 40 secondary schools have participated in the training programme, commissioned to the Hong Kong Community College of the Hong Kong Polytechnic University (HKCC), and received three-month training, which included speaking skills, tourism subject studies and field trips to historical sites.

Eight outstanding teams have been selected to stage an achievement exhibition at the Avenue of Stars from today until 12 May.  On the first day of the exhibition, representatives from each team introduced the local culture and scenic spots to the public and tourists in Putonghua.

SCOLAR has been organising large-scale activities to promote the learning and use of Putonghua annually since 2002.  The training programme is an integral part of its Putonghua Promotion Programme 2007/08.  Other activities in the series include public speaking, debating, drama, broadcast training and singing.  For further details, please refer to the SCOLAR website at http://www.language-education.com. 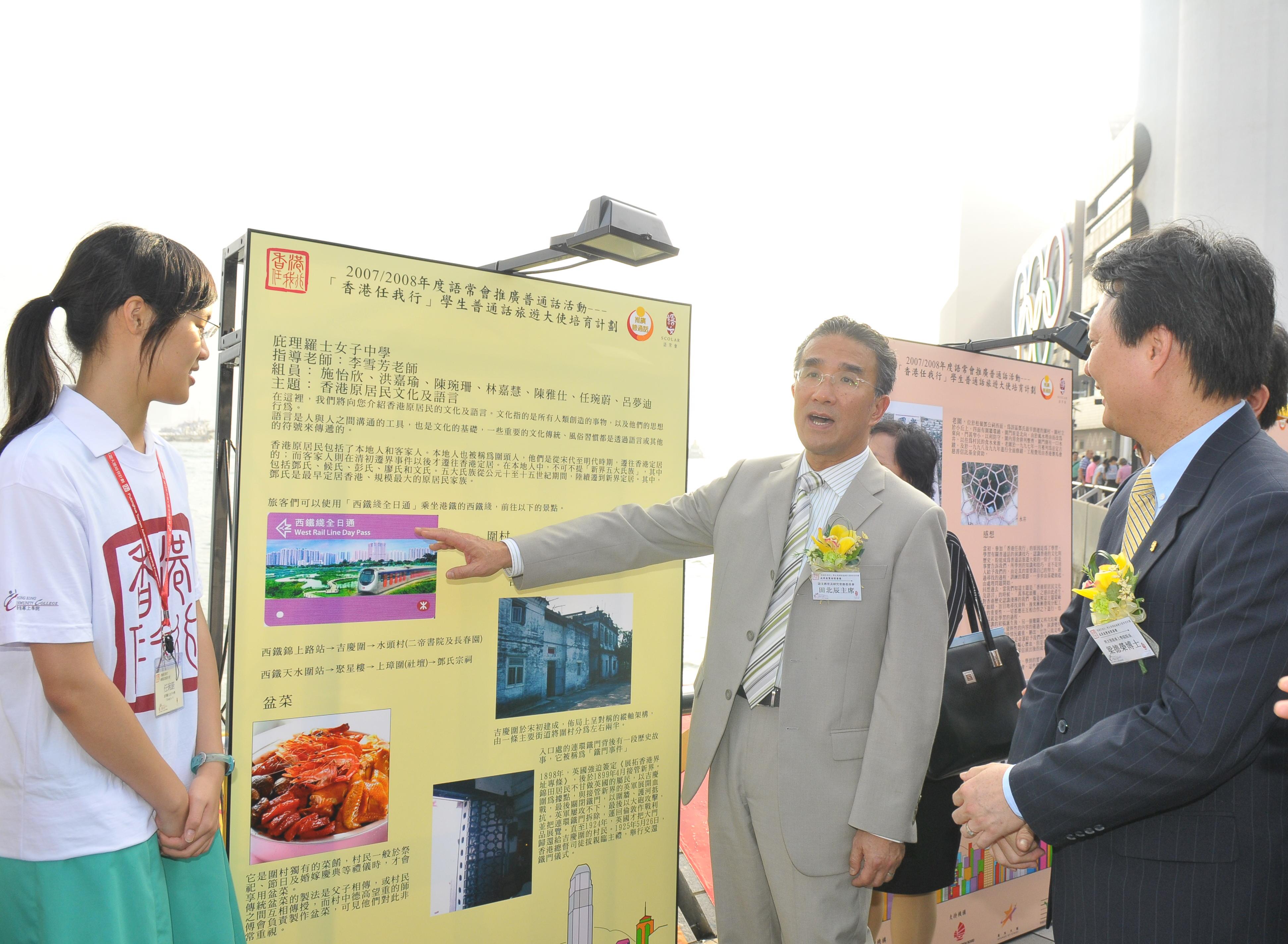