Sixteen day camps with fun-filled games and quizzes will be held by the Standing Committee on Language Education and Research (SCOLAR) starting from today (7 February) to enhance primary students' awareness of proper Cantonese pronunciation.

Participating students will be tested for their mastery of some commonly used Chinese words that may easily cause the problem of "lazy articulation" in Cantonese.  They will be judged according to their accuracy of pronunciation, speech fluency and speed.

SCOLAR launched the Proper Cantonese Pronunciation Ambassador in Schools Programme in the 2007/08 school year, and successfully trained nearly 400 primary and secondary students to be ambassadors.  A few TV and radio programmes were also produced to encourage pronunciation of Chinese words in Cantonese properly without "lazy articulation".

The project continued this school year to organise the day camps as well as seminars to help teachers launch their school-based promotion of proper Cantonese pronunciation. 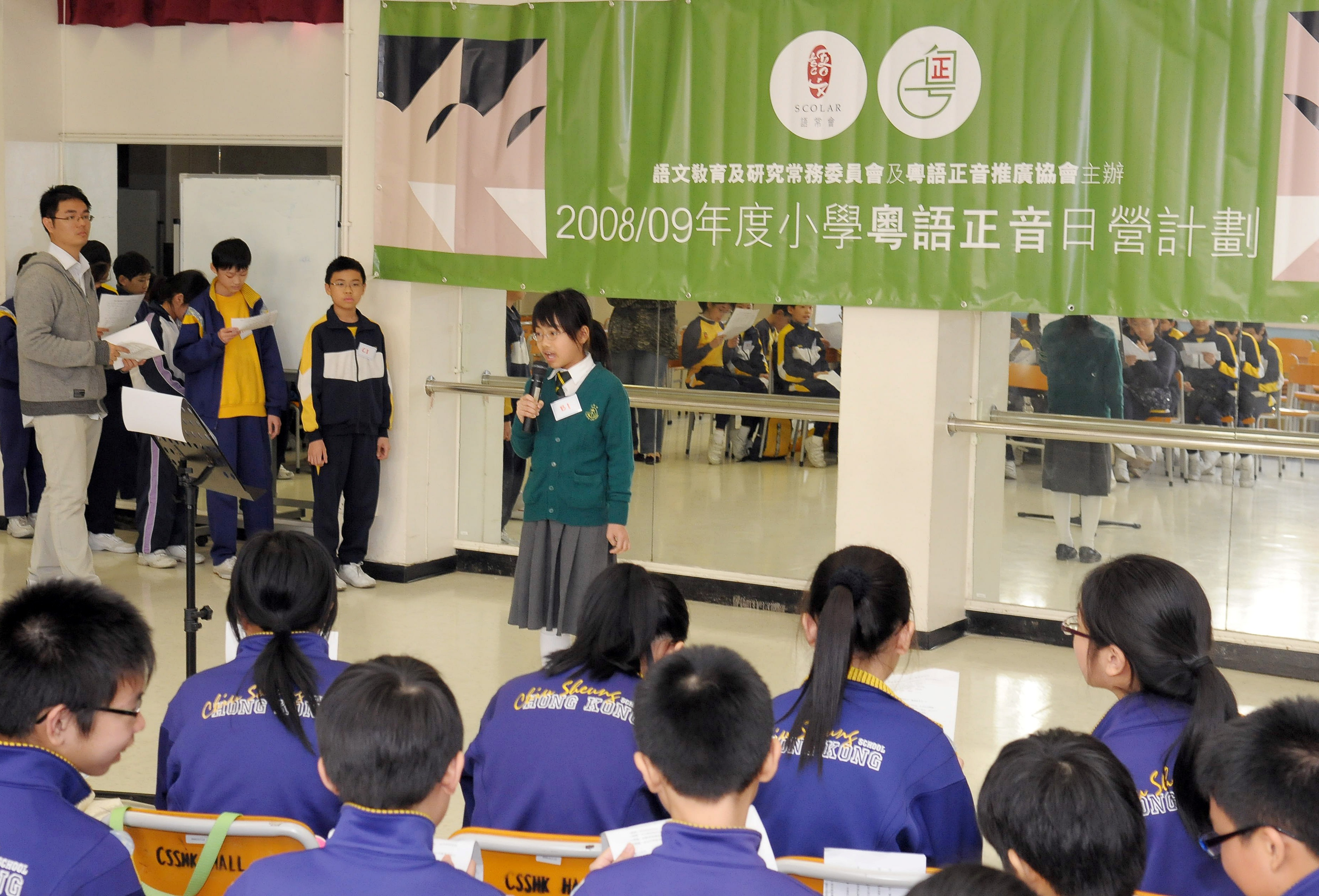 Caption
Students are tested in the quizzes in the first camp held today (7 February).