Highlights of the grand final of the first debating competition organised by the Standing Committee on Language Education and Research (SCOLAR) for junior secondary students will be broadcast on TVB Jade Channel tomorrow (13 July) at 11:05 p.m.

The new TV programme, commissioned by SCOLAR and produced by TVB, is the first of its kind to promote debating through TV.

Featuring Chairman of SCOLAR Mr Michael Tien, President of the Legislative Council Mrs Rita Fan, experienced media professional Mr Stephen C. W. Chan, secondary school students and teachers, who have shared their joy in debating and the debating skills that could be applied in daily life, the TV programme aims to encourage students to participate more in debating activities, as well as promoting the idea of "convince by reasoning" in the community.

Mr Tien said, "There is no absolute right or wrong in many things.  Through debating, we will learn how to analyse from different perspectives and know how to express, communicate and respect other people's views while maintaining our own standpoint.  This will promote a rational discussion among people on all kinds of issues."

In the TV programme, he shared his belief in "good asking".  He said that we would do better in schools or the workplace if we knew "what to ask" and "how to ask", and then find the answers through asking instead of waiting for instructions.

Mrs Fan also shared her views of what made a good debater by referring to her observations in the Legislative Council meetings.

She said good debaters must be equipped with five qualities including listening to grasp the key points in arguments, understanding of other people's arguments to decide on the next step, analysing to find out the deficiencies in other's arguments and then raise their own, quick thinking to deliver their own precise arguments, and calmness to systematically organise their train of thought in order to give a sound presentation.

Her views were echoed by Mr Stephen Chan who summarised his vast experience in debating and media industry into one key point: listening to people's "hearts".

He said, "By doing so, we could find out the weakest link in other people's arguments and then put forward our own.  In addition, we should firmly believe in our own arguments before we can convince others."

The debating TV programme is part of the first debating competition organised by SCOLAR for junior secondary students to raise students' motivation for language learning, train their skills in the use of language (in particular in listening and speaking), enhance their logical thinking capability and organisation skills, as well as help them build self-confidence and a sense of team work.

The competition held its grand final on July 9 with the motion, "The World Cup Final Day should be designated as a statutory holiday". Carmel Pak U Secondary School swept all the prizes in the competition, including the Champion, the Best Debater and the Best Questioner.

Another TV programme featuring the grand final in its entirety will be aired on 23 July (Sunday) at 1:15 p.m.

A prelude to the TV programmes, a series of one-minute TV segments was broadcast earlier to introduce the various debating techniques.  The series is being re-run on the debating competition website at http://www.debating.gov.hk. 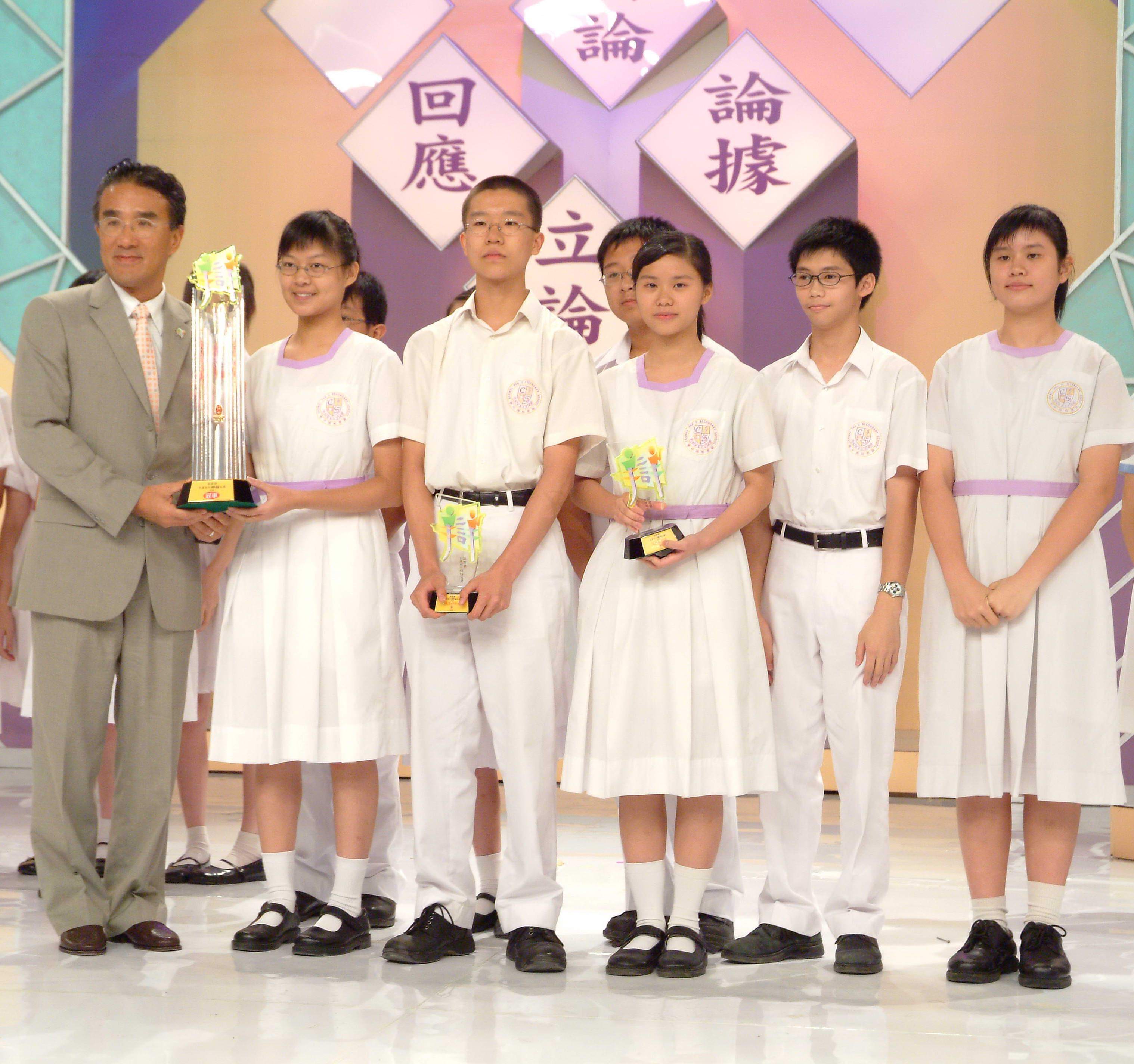