Some 800 Primary 4  to 6 students participated in a folk song concert today (6 May) and shared with their counterparts on the Mainland the beauty of English folk songs that have been familiar to many Hong Kong people since the early 70's.

Speaking at the concert, Standing Committee on Language Education and Research (SCOLAR) Member Mr Tony Choi encouraged students to learn English by singing more folk songs through the use of universal languages of English, music and paintings.

"SCOLAR always supports learning of English through multiple ways.  We want students to bring back to schools what they have learnt in this event and share with their friends," he said.

Led by pop idol group at17, Ambassadors of the English Festival 2006, participating students sang a medley comprising timeless folk songs "I'd Like to Teach the World to Sing", "Raindrops Keep Falling on My Head", "Country Roads, Take Me Home" and "Vincent" at today's concert. The medley was arranged by at17 specially for the event.

Apart from at17, Mr Mahmood Rumjahn, famous music composer and the activity's honourable adviser, also took part in the event to teach students how to express the folk song lyrics in paintings.  The students then sang and painted on school bags, which will be donated to children in the Yunan Province as a token of goodwill through World Vision China.

Today's concert was part of the activity Little School Bags – Folk Songs Sing Along organised by the Rotaract Club of Kingspark Hong Kong for the English Festival 2006 initiated by SCOLAR.

Funded by the Language Fund, the English Festival was first launched in 2005 to raise public interest in the learning and use of English. There will be school-based activities ranging from drama, debate, games, music, painting, to writing, and two television programmes this year.

More information about the English Festival 2006 is available on SCOLAR website at http://www.language-education.com. 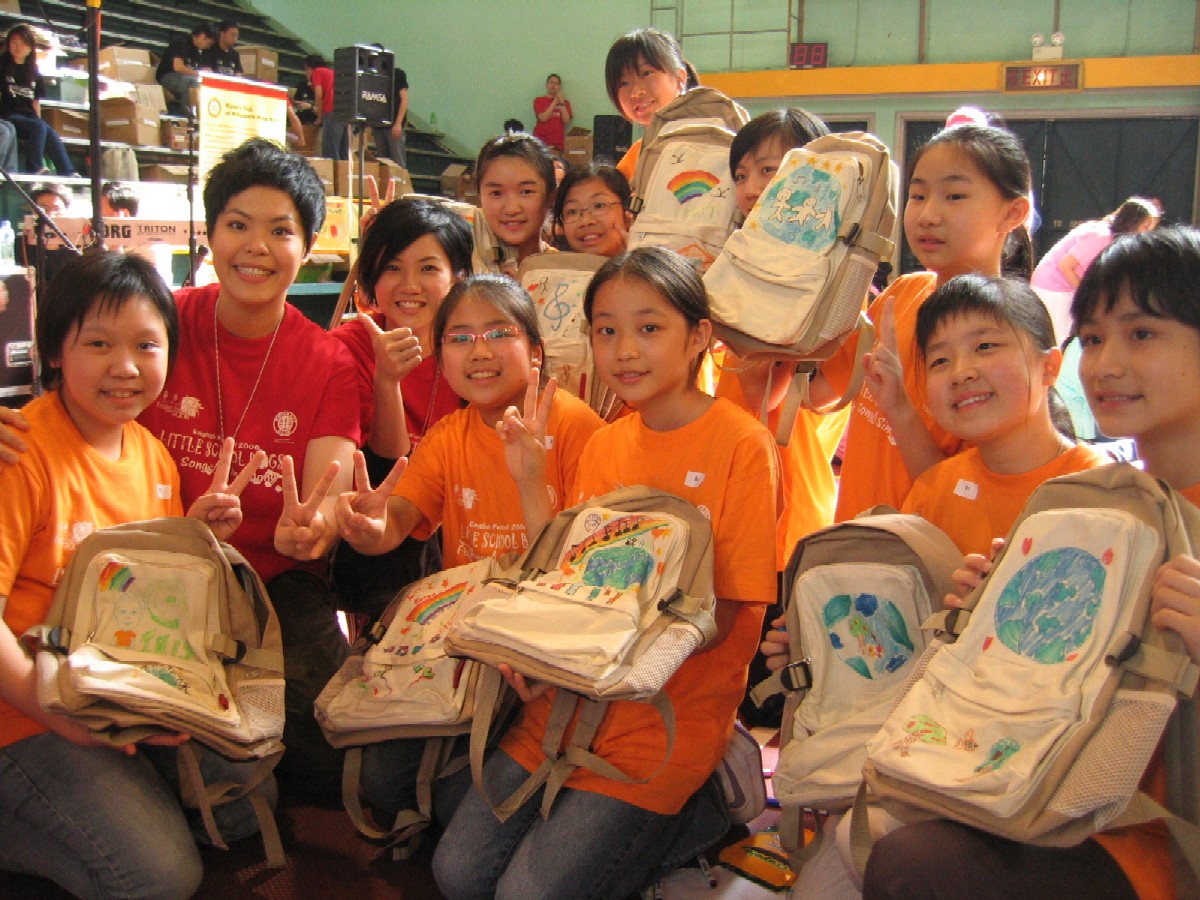 Caption
Some 800 Primary Four to Six students participate in a folk song concert today (6 May) and share with their counterparts on the Mainland the beauty of English folk songs that have been familiar to many Hong Kong people since the early 70's.