The "Putonghua Festival 2006: Let's Speak Putonghua" TV programme launched by the Standing Committee on Language Education and Research (SCOLAR) was premiered today (29 October) during a carnival to feature success stories of guests from all walks of life in learning Putonghua.

With its production work commissioned to TVB, this brand new TV programme series is one of SCOLAR's signature programmes of the Putonghua Festival 2006.  The interviewees on the list include the Hon. Mr Henry Fan, Non-Official Member of the Executive Council; Mr Linus Cheung, Chairman of HKU School of Professional & Continuing Education Board of Directors; Ms Lau Siu-ling, Member of SCOLAR; Miss Miriam Yeung, Putonghua Festival Ambassador; Mr Eason Chan, artiste; as well as two local students and three foreigners who live in Hong Kong.

The episode featuring the Hon. Mr Henry Fan, who advocated the learning of Putonghua through formal training and more practice, was screened during the premier.

Mr Fan started his Putonghua learning since joining a Mainland company in 1987.  In the interview, he said, "With closer relationship between the mainland and Hong Kong, it is essential for Hong Kong people to master Putonghua."

The TV series also revealed Mr Linus Cheung's "secrets" in learning the language, which were "to read aloud to practice the pronunciation", as well as "listen more, speak more and make friends with Putonghua-speaking people to create a motivating language learning environment".

Their views were echoed by Ms Lau Siu-ling, Member of SCOLAR and Member of Organising Committee of Putonghua Festival 2006.  She commented that Hong Kong people should closely follow the trend when people around the world were also learning the language.

To tie in with this world trend, the TV series would feature a Japanese dramatist, an American author and an Egyptian poet, who learnt Putonghua out of different reasons to share their experiences with Hong Kong people.

Though it was difficult for them to master a language vastly different from their mother tongue, they all agreed that the key to success was to "speak more, write more and practise more".

On the other hand, two winning students in the 2006 The Best Putonghua Speaking Student Award talked about, in their interviews in the series, how grateful they were for the improvement in their language skills and chances to meet friends from other parts of the world brought about by the learning of Putonghua.

The TV series, "Putonghua Festival 2006: Let's Speak Putonghua", will be on air starting tomorrow (30 October) until 10 November at 7:30 p.m. on TVB Jade Channel from Monday to Friday.

Other performing guests include students of Good Hope School participating in the festival's Putonghua Drama Marathon Show and winners of Putonghua singing contests. 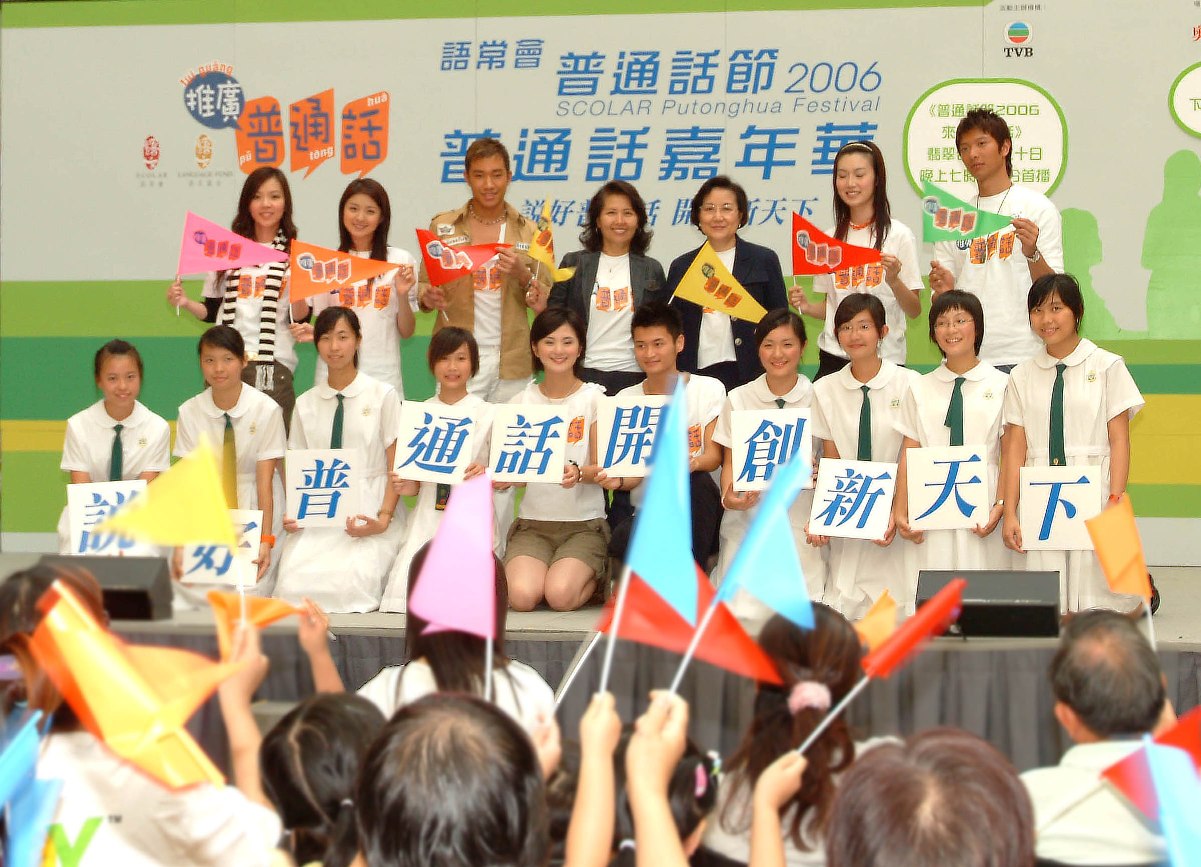