The President of the Legislative Council (LegCo), Mr Jasper Tsang, and members, Mrs Regina Ip, Mr Vincent Fang and Ms Audrey Eu, will discuss some of the common errors in the use of English by Hong Kong people in a new TV mini-segment series to be launched by the Workplace English Campaign (WEC) tomorrow (10 August).

Mr Tsang will say in his episode that "In my opinion" and "I think" should not be used in the same sentence because they share the same meaning; Mrs Ip will explain that the verb "suggest" should not be followed by an infinitive; Mr Fang will demonstrate the proper way to answer a question that starts with "Do you mind?" while Ms Eu will illustrate the difference between "concern with" and "concern about".

A spokesman for the WEC said: "The TV series is a new initiative of the WEC's public education programme.  Over the years, WEC has produced various self-learning materials, seminars and workshops to promote English.  The involvement of LegCo members to promote English learning on TV will definitely help the public become aware of common errors in using the language."

"We would like to thank students and lecturers of the Hong Kong Design Institute of Vocational Training Council for their participation in planning and producing the TV series."

This four-episode 15-second TV series will be broadcast on TVB Jade Channel at 7:45 a.m. and re-run at 11:45 p.m. from Mondays to Fridays until 4 September.  The public may also review the series at the WEC's online self-learning platform at www.english.gov.hk/platform and Youtube at www.youtube.com/englishgovhk.

Launched by the Government in 2000, WEC aims at enhancing public awareness of the importance of having a good command of English in the workplace and to improving the language skills among the working population in Hong Kong. 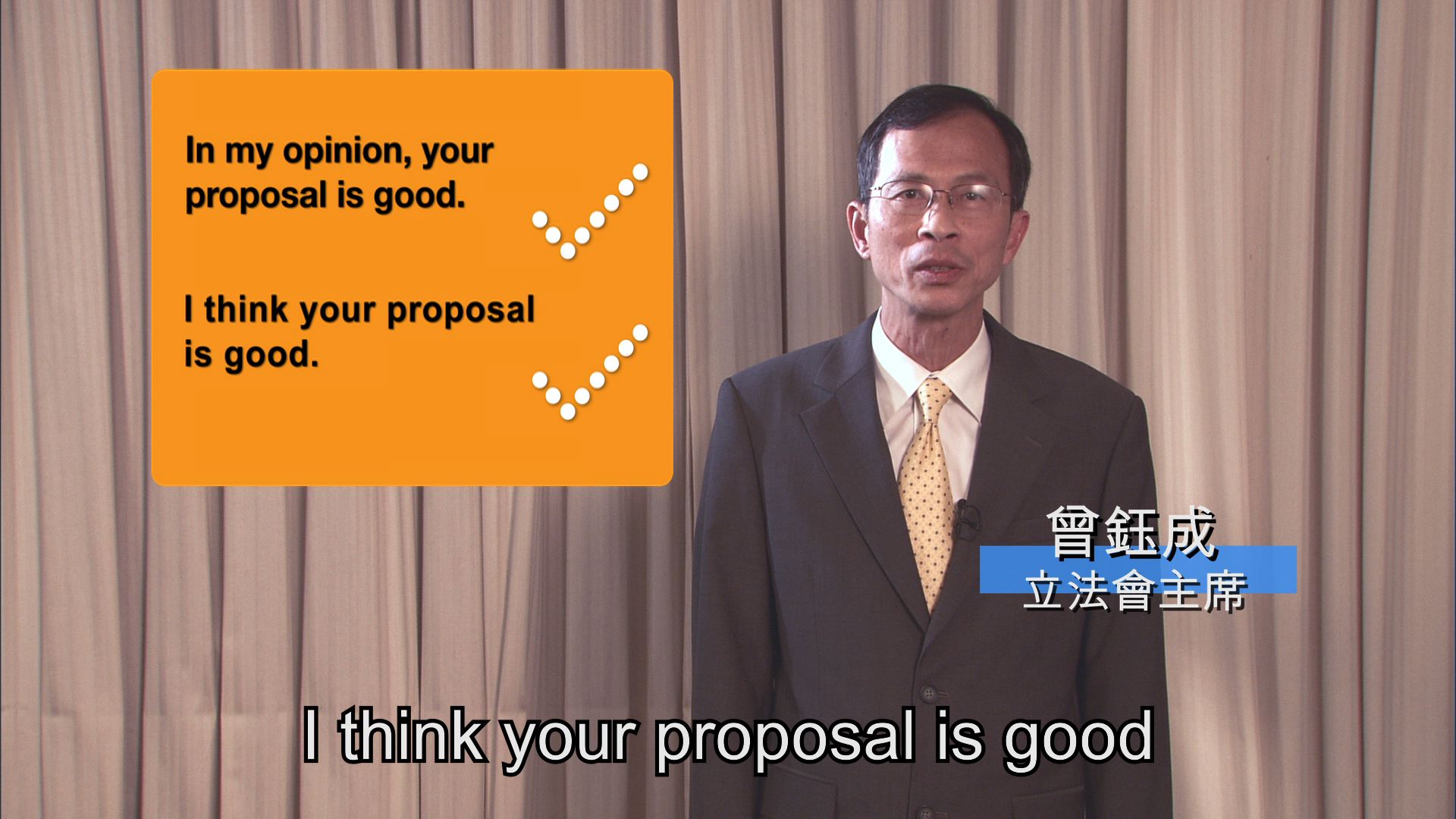 Caption
In a new TV series launched by the Workplace English Campaign, the President of the Legislative Council, Mr Jasper Tsang, says that "In my opinion" and "I think" should not be used in the same sentence because they share the same meaning. 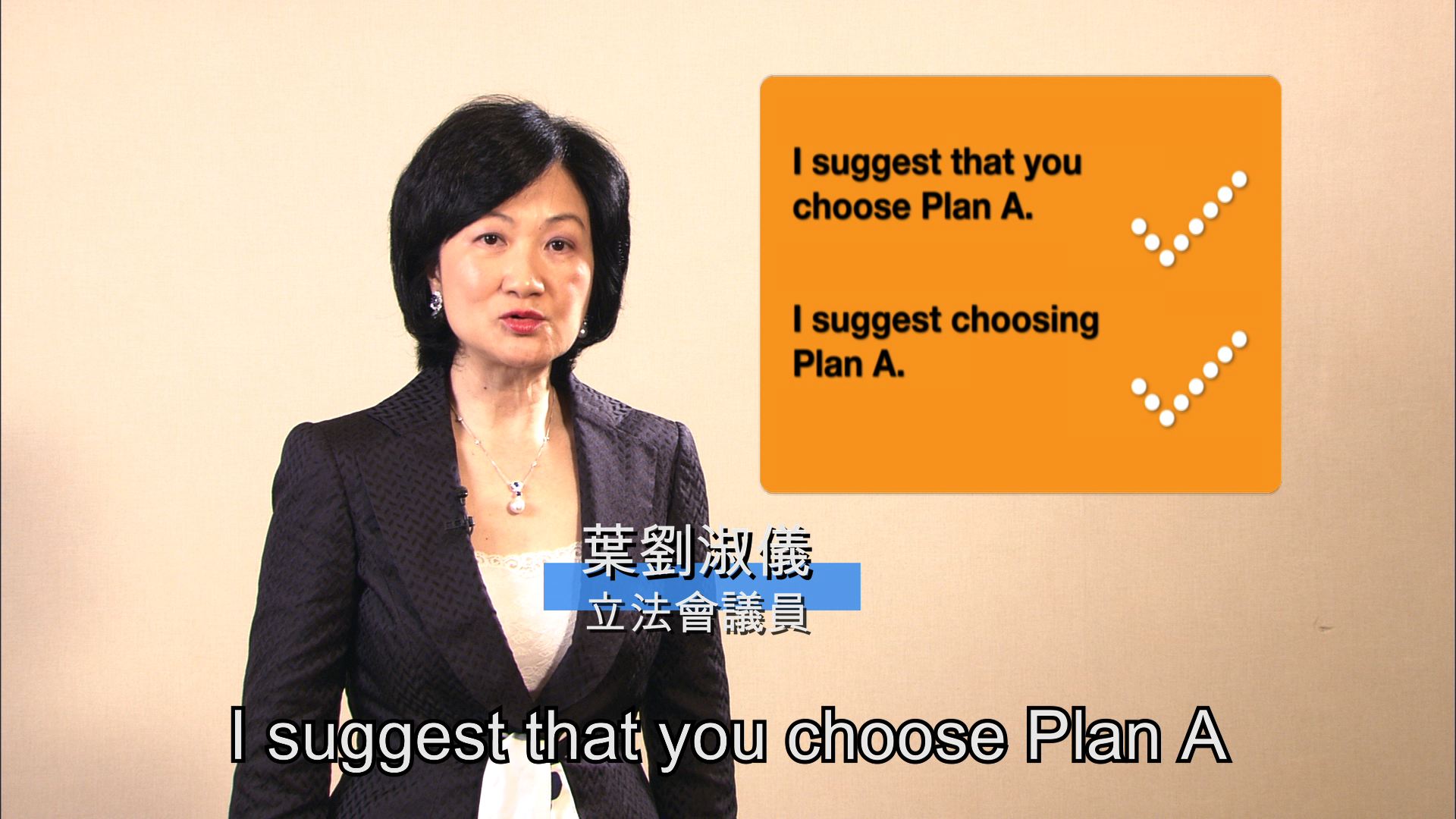 Caption
Legislative Council Member, Mrs Regina Ip, explains that the verb "suggest" should not be followed by infinitive. 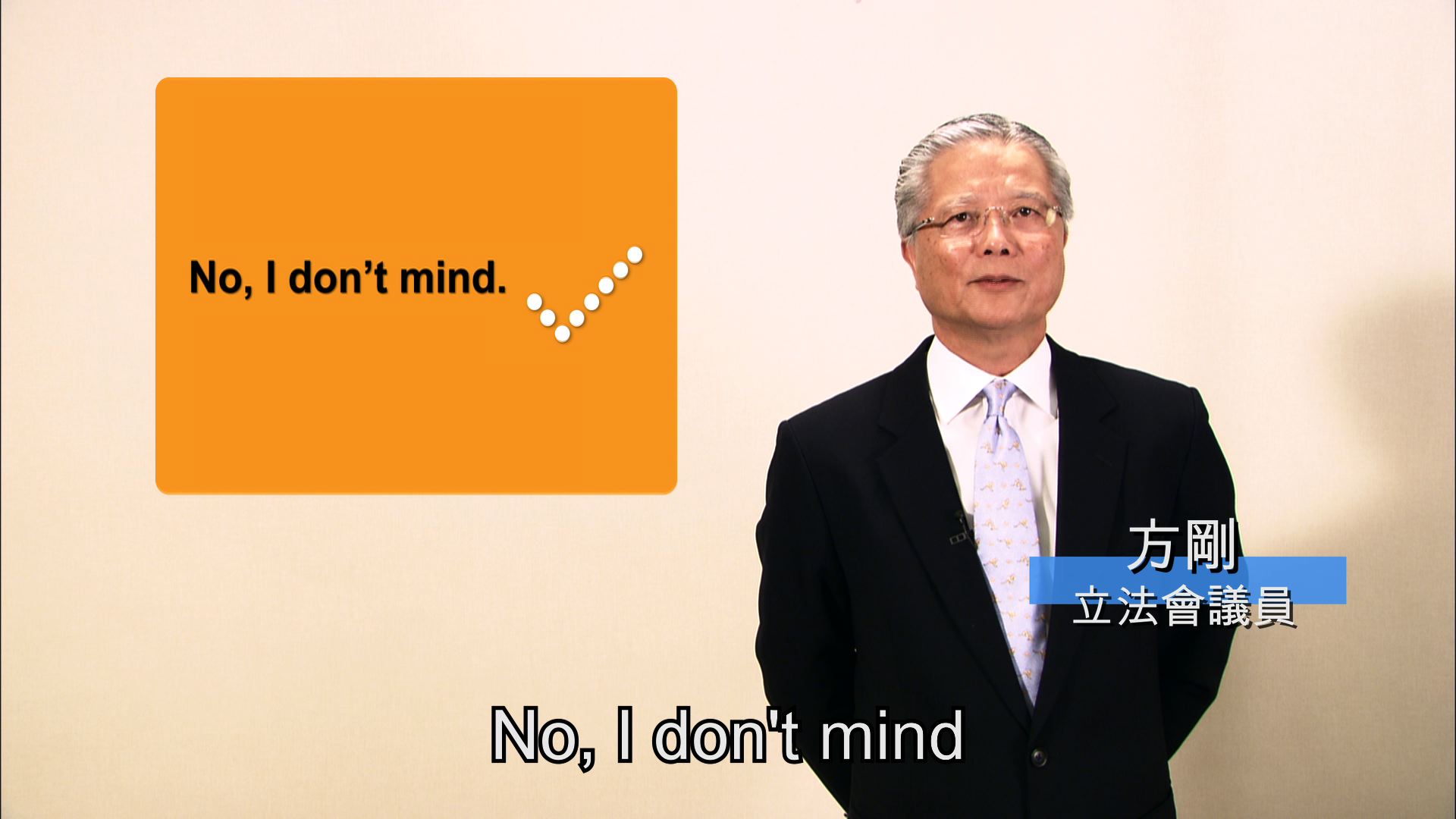 Caption
Legislative Council Member, Mr Vincent Fang, demonstrates the proper ways to answer a question that starts with "Do you mind?". 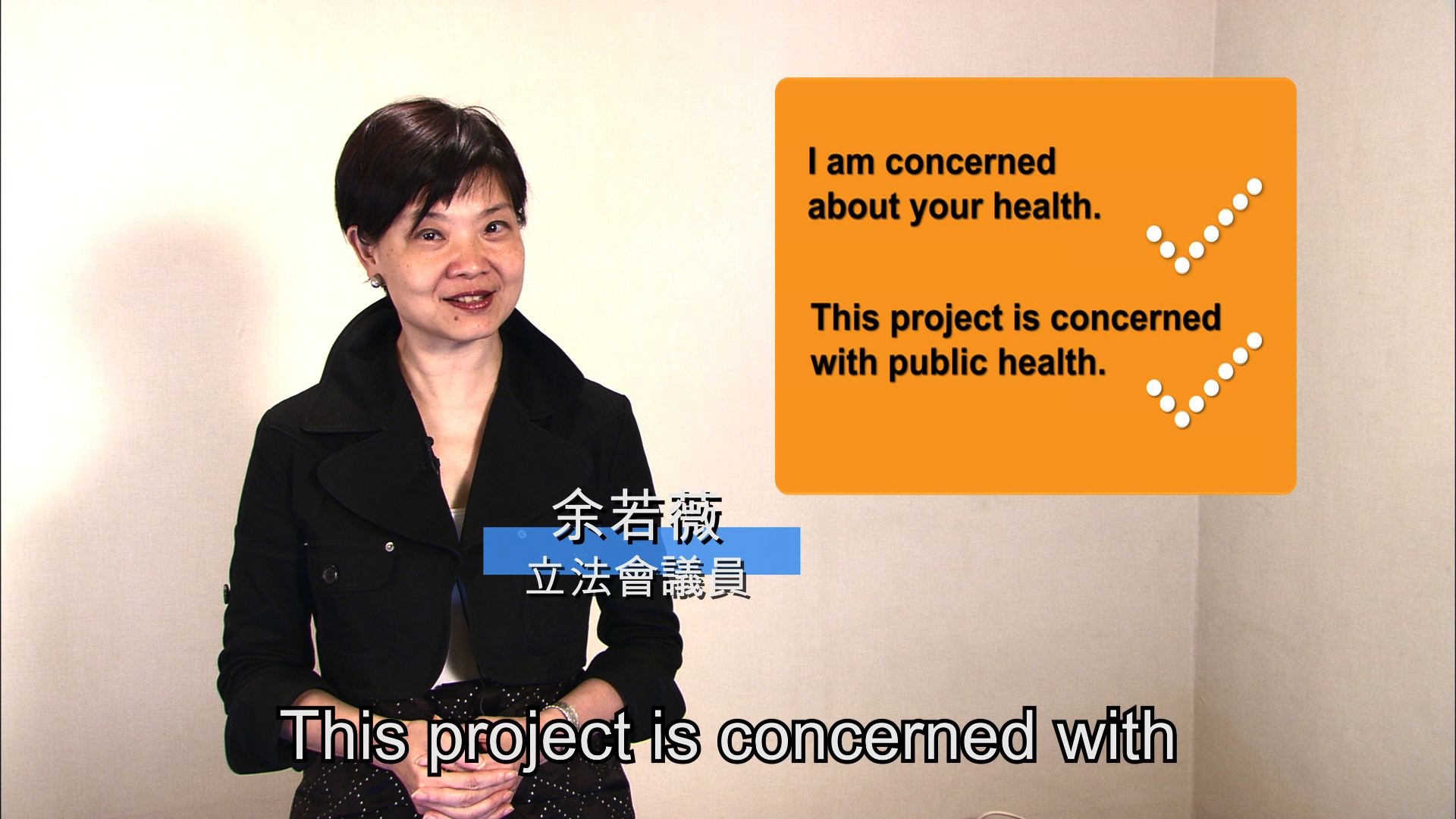 Caption
Legislative Council Member, Ms Audrey Eu, illustrates the difference between "concern with" and "concern about".