Over 500 secondary school students and teachers participated in a hip hop music show today (19 May) to demonstrate the use of English through rap lyrics, which are increasingly popular among young people in Hong Kong.

The show was the finale of the English Language Teaching (ELT) Rap Ambassadors Programme which was organised by the Chinese University of Hong Kong for the English Festival 2007.

The programme, which included teacher training and student workshop, aimed to help secondary school students build self-confidence in speaking and using English through practicing and performing raps, and to promote their poetic creativity while enjoying music and learning English.

To encourage more students to use ELT rap as a means to learn and use English, a teaching resources package will be provided to teachers for integrating ELT Rap into their English curriculum later.

The English Festival 2007 is organised by the Standing Committee on Language Education and Research (SCOLAR) to raise students' and public interest in the learning and use of English. 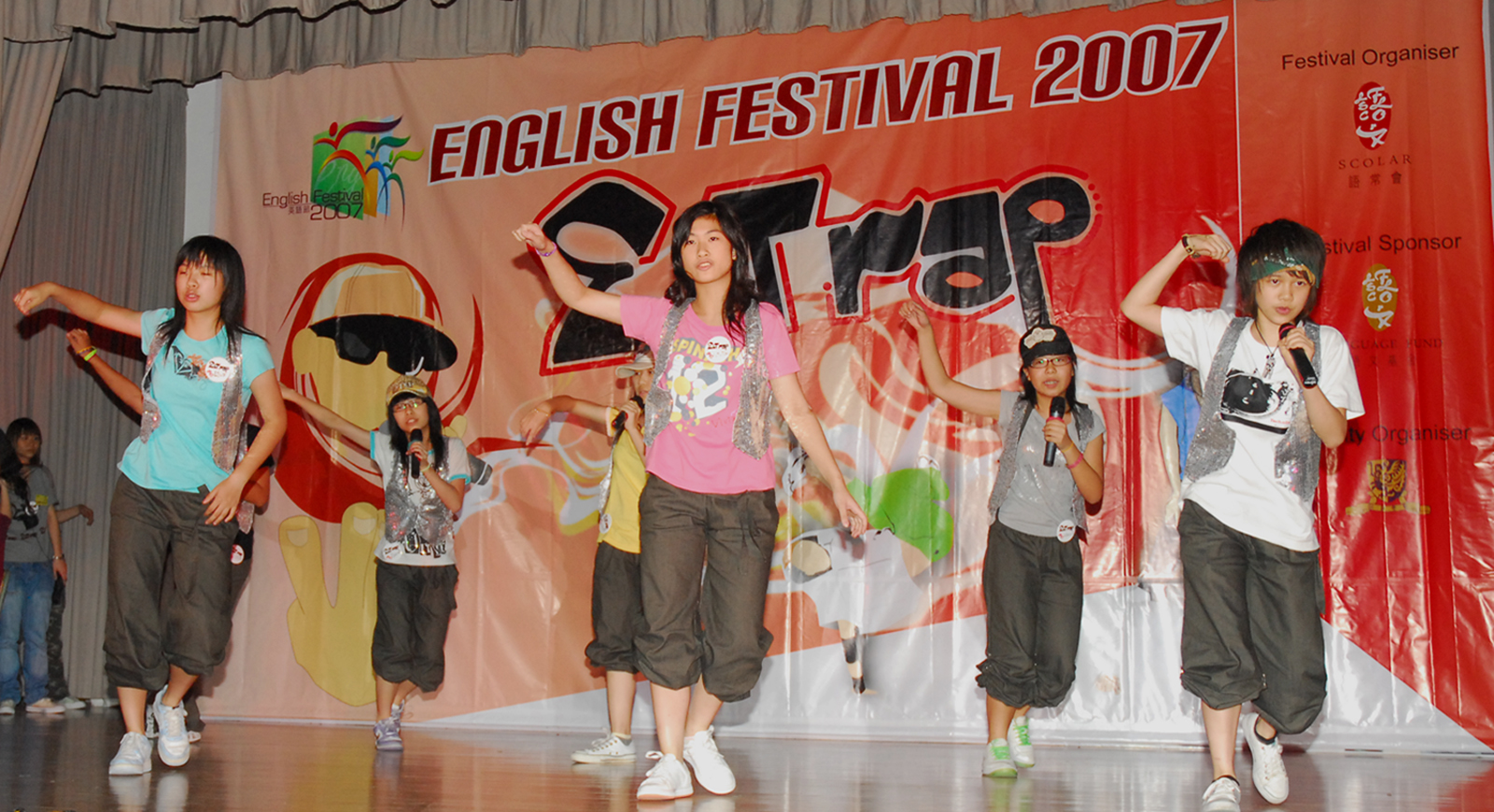 Caption
A group of students perform at the finale of the English Language Teaching (ELT) Rap Ambassadors Programme, which is one of the activities organised for the English Festival 2007.