Nearly 2 000 students from 68 primary and secondary schools participated in an English Language Camp organised by the Standing Committee on Language Education and Research (SCOLAR) today (5 May).

The English Language Camp was organised by the Hong Kong Community College of the Hong Kong Polytechnic University for the English Festival 2007 to encourage students use English in a fun-filled environment and to help secondary school students develop their leadership skills.

The English Festival 2007 is staged by the Standing Committee on Language Education and Research (SCOLAR) to raise public interest in the learning and use of English. 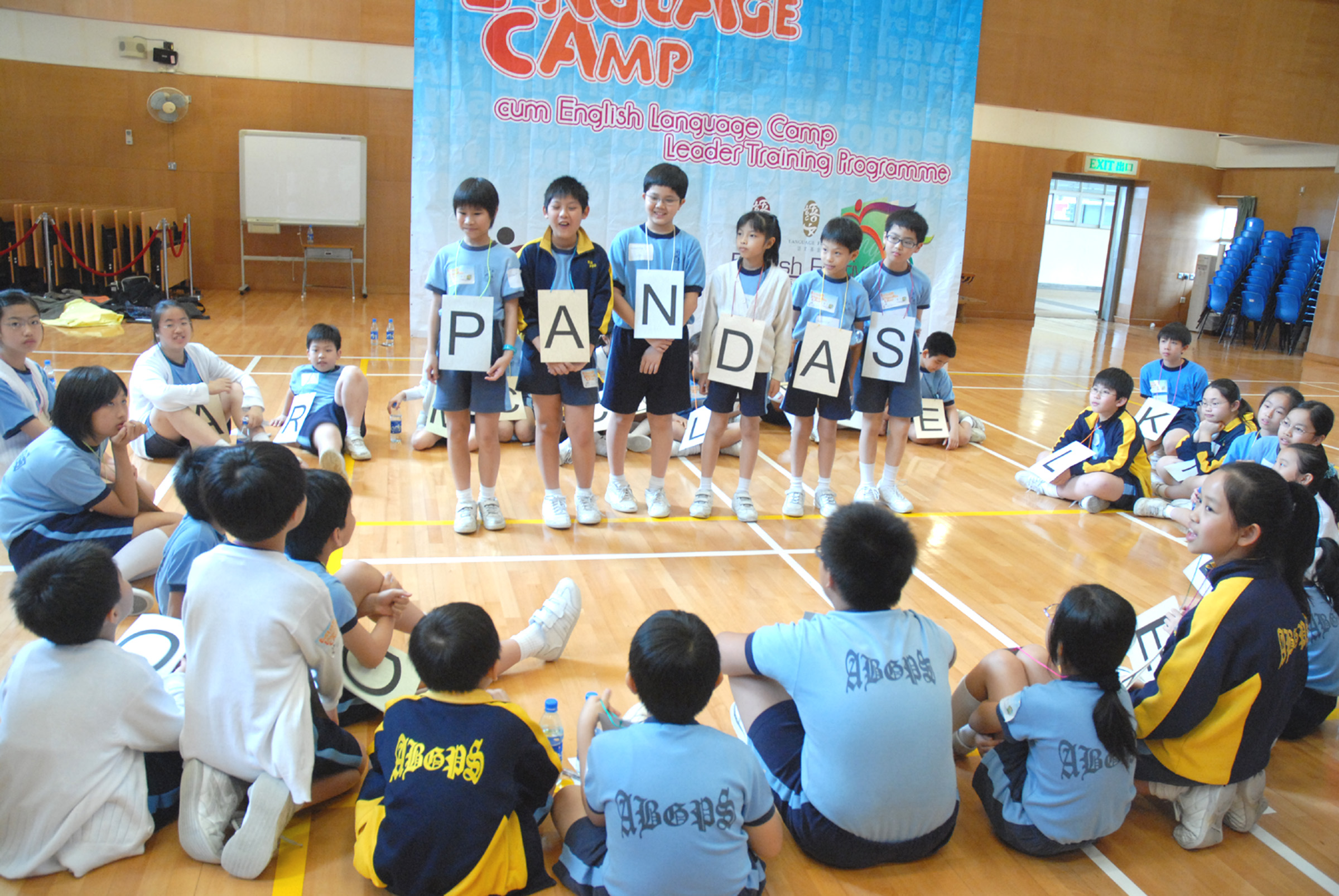 Caption
Primary students participate in one of the tasks, "alphabet puzzle", at the English Language Camp, which is one of the activities organised for the English Festival 2007.