Celebrities from all walks of life, including President of the Legislative Council the Hon. Mrs Rita Fan, Chairman of HKU School of Professional and Continuing Education Board of Directors Mr Linus Cheung, and Founding Member of Children's Cancer Foundation Mrs Eleanor Morris, recommended interesting English books to young readers in a television programme commissioned by the Standing Committee on Language Education and Research (SCOLAR).

"The more a student reads, the more likely he or she will attain higher language competence.  Therefore, we put in great efforts in promoting reading," Mr Chan said.

The books recommended in the "English Festival 2006 – A Bookworm's Choice" include:

After the ceremony, Mrs Morris and a group of students exchanged views on English reading.

Funded by the Language Fund, the English Festival was first launched in 2005 to raise public interest in the learning and use of English.  There will be seven school-based activities, ranging from drama, debate, games, music, painting, to writing, to be held and two television programmes to be broadcast between April and May this year.

More details of the English Festival 2006 are available on the SCOLAR website at http://www.language-education.com. 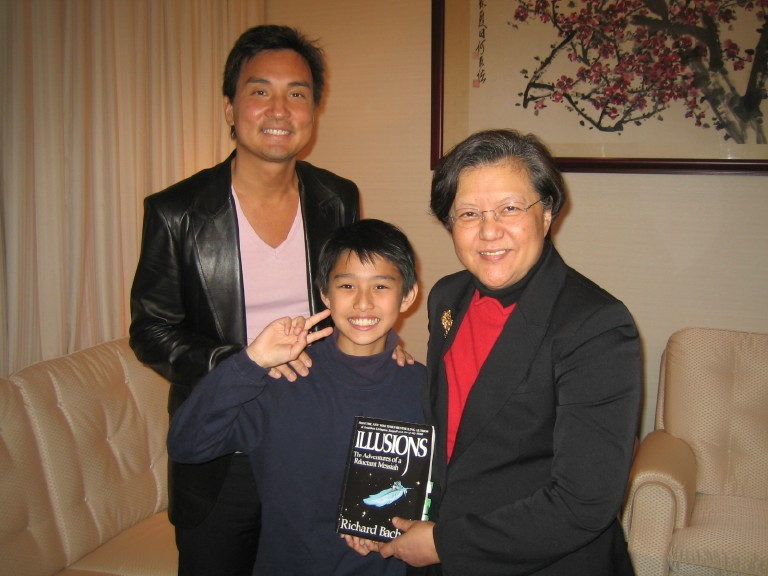 Caption
The Hon. Mrs Rita Fan (right), President of the Legislative Council, recommends Richard Bach's "Illusions" in SCOLAR's TV programme "English Festival 2006 – A Bookworm's Choice".  She is the guest host of the first episode of the TV programme which will start to broadcast on ATV Home Channel at 3:45 p.m. on Thursday (6 April).