The Financial Secretary, Mr John C. Tsang, Chairman of the Hongkong and Shanghai Banking Corporation Limited Mr Vincent Cheng and artiste Liza Wang have shown their support for the Government's promotion of English by participating in the latest Announcement of Public Interest (API) on television and posters launched by the Workplace English Campaign (WEC).

In the API and posters, they share with our working population the benefits brought by improving one's English: Mr Tsang says that "Good English brings you business opportunities everywhere!"; Mr Cheng encourages young people to earn opportunities with their efforts to improve their English; while Ms Wang believes that "we will win client's confidence with good English".

A spokesperson for the Office of WEC said today (3 August), "Continuing with the theme of 'Let's Learn and Live', the campaign's latest promotion targets the working population.  We encourage them to keep improving their English, at the same time, make good use of their advantages, such as their global perspectives and proficiency in Chinese, to enhance Hong Kong's competitiveness as Asia's world city."

"We have created some drama scenes in the API for a combination of all these.  One shows a businessman benefiting from his fluent English and Putonghua who succeeds in doing business that involves both mainland and overseas clients," she added.

WEC debuted its promotion of "Let's Learn and Live" in 2006 with celebrities sharing their views on enriching one's life with better English proficiency.  The latest API will be first broadcast on television tomorrow (4 August), with posters displayed at MTR stations and bus shelters from Friday. 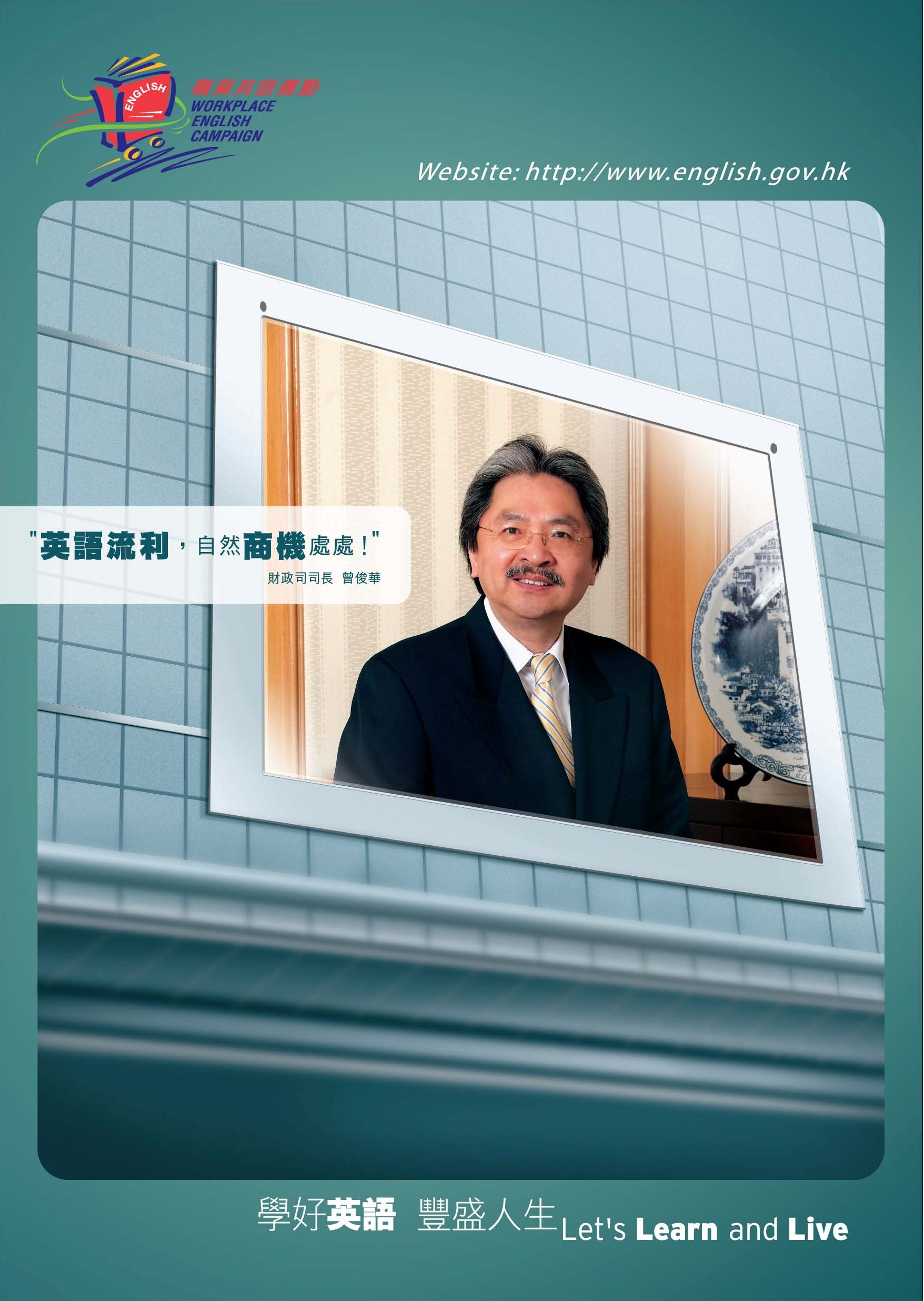 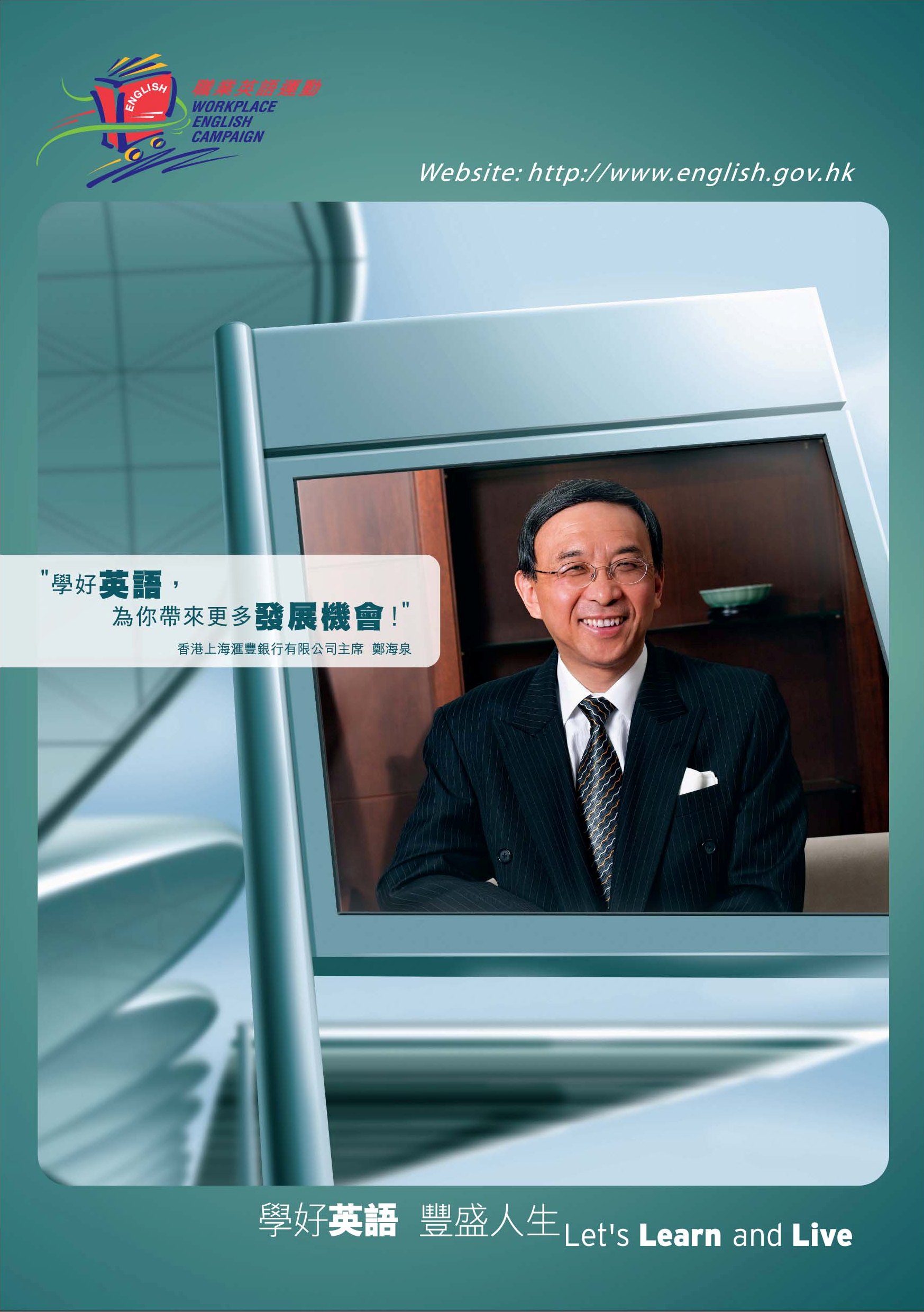 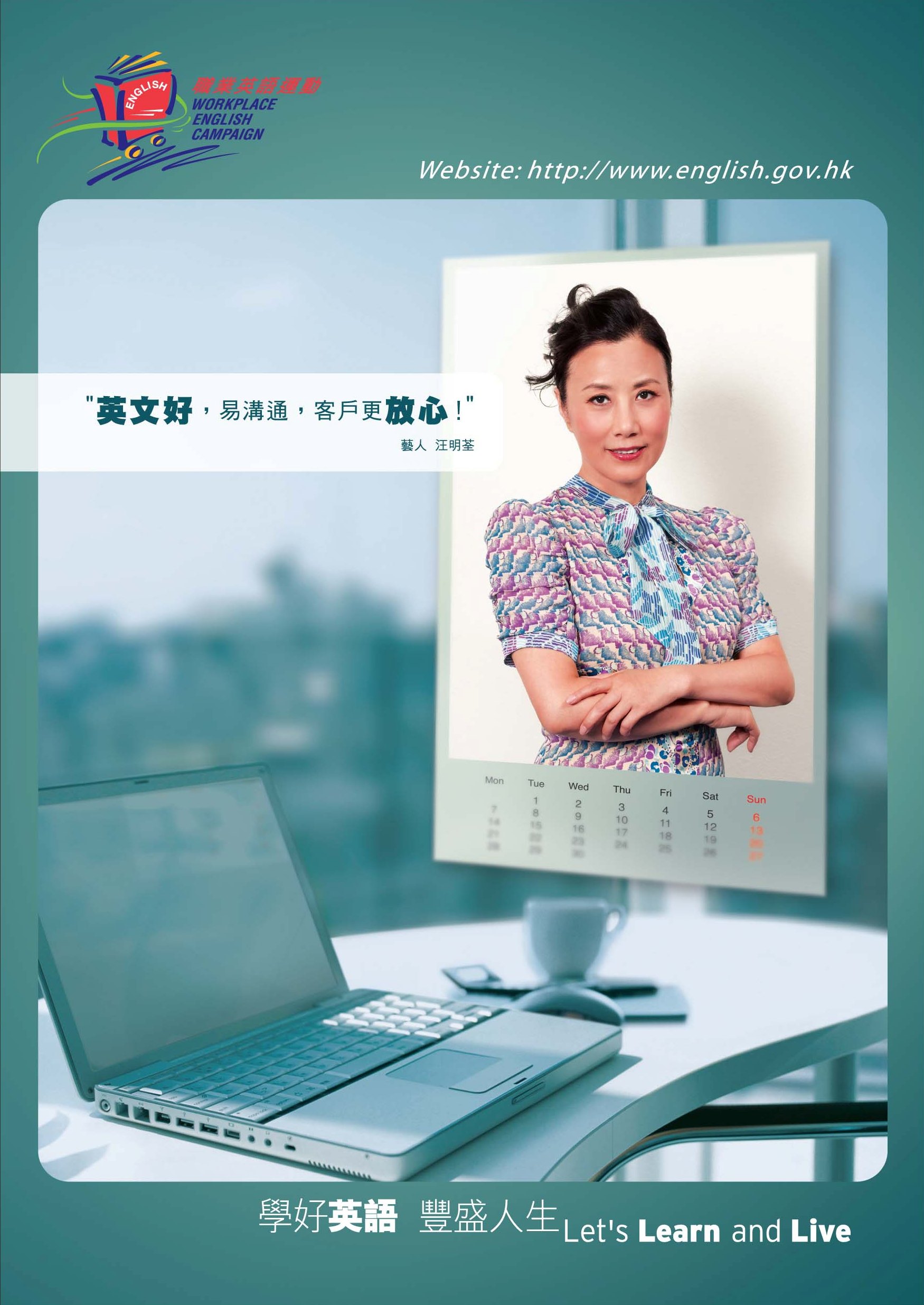